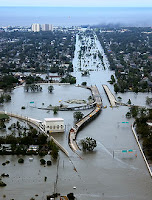 African Americans are more than twice as likely as whites to say they have not yet recovered after Katrina, the survey found. And blacks in the city are 2 1/2 times as likely to be low-income than whites.
"I just knew we had a rotten deal," said Edward Randolph, a disabled Vietnam veteran who with his wife, Angela, has been struggling to rebuild their duplex in New Orleans East. "We know we have a lot to do, but we just do not have the money to do it."
The storm propelled them on a years-long odyssey through Port Arthur, Tex., Houston and Arkansas. They did not return to their still-damaged home until 2008.
The federally funded rebuilding program established by Louisiana officials - called Road Home - offered homeowners grants of up to $150,000. But homeowners could not collect more than the pre-storm value of their homes, regardless of the cost of repairs.
The Randolph home was valued at just $135,000, although repair costs were estimated by the state to be $308,000. The Randolphs were awarded a grant of $16,649, to supplement just over $100,000 they received in insurance payment
Gepost door walter a.p. soethoudt op zondag, augustus 29, 2010 1 opmerking:

JONATHAN SWIFT 1667 - 1745
- Censure is the tax a man pays to the public for being eminent.
- I never saw, heard, nor read, that the clergy were beloved in any nation where Christianity was the religion of the country. Nothing can render them popular, but some degree of persecution.
- Laws are like cobwebs, which may catch small flies, but let wasps and hornets break through.
- No wise man ever wished to be younger.
- Observation is an old man’s memory.
- We have enough religion to make us hate, but not enough to make to love one another.

SIR RICHARD STEELE 1672 – 1729
- Reading is to the mind what exercising is to the body.
- A woman seldom writes her mind but in her postscript.

RICHARD BRINSLEY SHERIDAN 1751 – 1816
- There’s no possibility of being witty without a little ill-nature.
- Won’t you come in the garden. I would like my roses to see you.

THOMAS MOORE 1779 – 1852
- Finding the right work is like discovering your own soul in the world.
- From my rotting body, flowers shall grow and I am in them and that is eternity.
- Wisdom and deep intelligence require an honest appreciation of mystery.

CHARLES ROBERT MATURIN 1780 – 1824
- Nor cell, nor chain, nor dungeon speaks to the murderer like the voice of solitude.
- 'Tis well to be merry and wise, ‘t is well to be honest and true;
It is best to be off with the old love, before you are on with the new.

SAMUEL LEVER 1806 – 1872
- My advice to you concerning applause is this: enjoy it but never quite believe it.
- When once the itch of literature comes over a man, nothing can cure it but the scratching of a pen. But if you have not a pen, I suppose you must scratch any way you can.

SHERIDAN LE FANU 1814 – 1873
- I'd much rather have no religion, and enjoy life while I'm in it, than choose one to worry me here and bedevil me hereafter.
- There is a faculty in man that will acknowledge the unseen. He may scout and scare religion from him; but if he does, superstition perches near.

BRAM STOOKER 1847 – 1912
- Despair has its own calms.
- No man knows till he has suffered from the night how sweet and dear to his heart and eye the morning can be.

OSCAR WILDE 1854 – 1900
- A cynic is a man who knows the price of everything but the value of nothing.
- A little sincerity is a dangerous thing, and a great deal of it is absolutely fatal.
- A poet can survive everything but a misprint.
- America is the only country that went from barbarism to decadence without civilization in between.
- Everybody who is incapable of learning has taken to teaching.
- I am not young enough to know everything.
- I think that God, in creating man, somewhat overestimated his ability.
- If one cannot enjoy reading a book over and over again, there is no use in reading it at all.

GEORGES BERNARD SHAW 1856 – 1950
- A fashion is nothing but an induced epidemic.
- A life spent making mistakes is not only more honorable, but more useful than a life spent doing nothing.
- Democracy is a device that ensures we shall be governed no better than we deserve.
- The power of accurate observation is commonly called cynicism by those who have not got it.
- Youth is a wonderful thing. What a crime to waste it on children.
- A government that robs Peter to pay Paul can always depend on the support of Paul.
- There is only one religion, though there are a hundred versions of it.

SEAN O’CASEY 1880 – 1964
- All the world's a stage and most of us are desperately unrehearsed.
- No man is so old as to believe he cannot live one more year.
- There's no reason to bring religion into it. I think we ought to have as great a regard for religion as we can, so as to keep it out of as many things as possible.

JAMES JOYCE 1882 – 1941
- A corpse is meat gone bad. Well and what's cheese? Corpse of milk.
- Better pass boldly into that other world, in the full glory of some passion, than fade and wither dismally with age.
- I think a child should be allowed to take his father's or mother's name at will on coming of age. Paternity is a legal fiction.
- Poetry, even when apparently most fantastic, is always a revolt against artifice, a revolt, in a sense, against actuality.

ELIZABETH BOWEN 1901 – 1984
- Experience isn't interesting until it begins to repeat itself. In fact, till it does that, it hardly is experience.
- Nobody speaks the truth when there is something they must have.

SAMUEL BECKET 1906 – 1989
- Ever tried. Ever failed. No matter. Try Again. Fail again. Fail better.
- James Joyce was a synthesizer, trying to bring in as much as he could. I am an analyzer, trying to leave out as much as I can.
- What do I know of man's destiny? I could tell you more about radishes.

BRENDAN BEHAN 1923 – 1964
- Ah, bless you, Sister, may all your sons be bishops.
- Critics are like eunuchs in a harem; they know how it's done, they've seen it done every day, but they're unable to do it themselves.
- I am a drinker with writing problems.
- The big difference between sex for money and sex for free is that sex for money usually costs a lot less.

RODDY DOYLE 1958
- Ulysses could have done with a good editor. You know people are always putting Ulysses in the top 10 books ever written but I doubt that any of those people were really moved by it.
- I see people in terms of dialogue and I believe that people are their talk.
Gepost door walter a.p. soethoudt op zondag, augustus 22, 2010 2 opmerkingen: 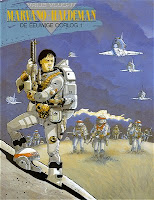