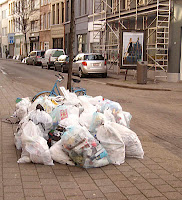 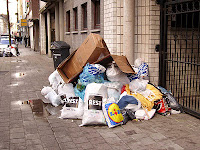 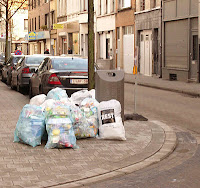 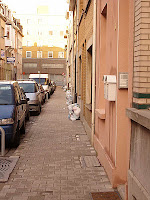 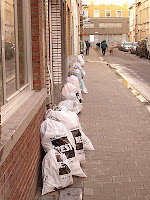 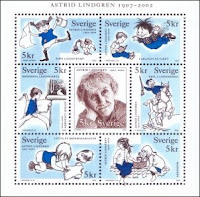 CAIRO (AP) — Dozens of "instigators of chaos" have been arrested after deadly clashes between angry Christians, Muslims and security forces that left 24 dead and at least 200 wounded, Egypt's official news agency reported on Monday.

Sunday's clashes, sparked by a recent attack on a church in southern Egypt, were the worst sectarian violence since the uprising that ousted Hosni Mubarak in February.

The MENA news agency did not say whether those arrested were Christians or Muslims.

Egypt's state television said authorities have stepped up security at vital installations in anticipation of renewed unrest, deploying additional troops outside parliament and the Cabinet.

The rioting in downtown Cairo had lasted until late into the night, bringing out a deployment of more than 1,000 security forces and armored vehicles to defend the Nile-side state television building, where the trouble began.

The clashes spread from outside the TV building to nearby Tahrir Square, drawing thousands of people to the vast plaza that served as the epicenter of the protests that ousted Mubarak. On Sunday night, they battled each other with rocks and firebombs, some tearing up pavement for ammunition and others collecting stones in boxes.

At one point, an armored security van sped into the crowd, striking a half-dozen protesters and throwing some into the air. Protesters retaliated by setting fire to military vehicles, a bus and private cars, sending flames rising into the night sky.

After midnight, mobs roamed downtown streets, attacking cars they suspected had Christian passengers. In many areas, there was no visible police or army presence to confront or stop them.

Christians, who make up about 10 percent of Egypt's 80 million people, blame the country's ruling military council for being too lenient on those behind a spate of anti-Christian attacks since Mubarak's ouster. As Egypt undergoes a chaotic power transition and security vacuum in the wake of the uprising, the Coptic Christian minority is particularly worried about the show of force by ultraconservative Islamists.

"These events have taken us back several steps," he said. "Instead of moving forward to build a modern state on democratic principles we are back to seeking stability and searching for hidden hands — domestic and foreign — that meddle with the country's security and safety."

"I call on Egyptian people, Muslims and Christians, women and children, young men and elders to hold their unity," Sharaf said.

The Christian protesters said their demonstration began as a peaceful attempt to sit in at the television building. But then, they said, they came under attack by thugs in plainclothes who rained stones down on them and fired pellets.

"The protest was peaceful. We wanted to hold a sit-in, as usual," said Essam Khalili, a protester wearing a white shirt with a cross on it. "Thugs attacked us and a military vehicle jumped over a sidewalk and ran over at least 10 people. I saw them."

Khalili said protesters set fire to army vehicles when they saw them hitting the protesters.

Ahmed Yahia, a Muslim resident who lives near the TV building, said he saw the military vehicle plow into protesters. "I saw a man's head split into two halves and a second body flattened when the armored vehicle ran over it. When some Muslims saw the blood they joined the Christians against the army," he said.

Television footage showed the military vehicle slamming into the crowd. Coptic protesters were shown attacking a soldier, while a priest tried to protect him.

State media reported that Egypt's interim Cabinet was holding an emergency session to discuss the situation.

In the past weeks, riots have broken out at two churches in southern Egypt, prompted by Muslim crowds angry over church construction. One riot broke out near the city of Aswan, even after church officials agreed to a demand by ultraconservative Muslims known as Salafis that a cross and bells be removed from the building.

Aswan's governor, Gen. Mustafa Kamel al-Sayyed, further raised tensions by suggesting to the media that the church construction was illegal.

Protesters said the Copts are demanding the ouster of the governor, reconstruction of the church, compensation for people whose houses were set on fire and prosecution of those behind the riots and attacks on the church.
Gepost door walter a.p. soethoudt op maandag, oktober 10, 2011 1 opmerking: 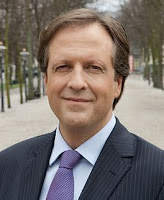 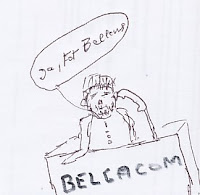 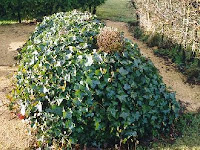 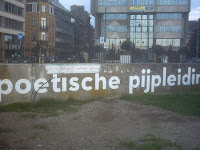 FROMD THE 1STE OF JULY IT IS PROHIBITED TO SMOKE

In the wake of Japan's nuclear crisis, even jokes about a meltdown have become toxic.
Broadcasters in Europe have begun reviewing episodes of "The Simpsons" to make sure that one featuring a meltdown doesn't air.
The Hollywood Reporter says networks in Germany, Switzerland and Austria have all taken a close look at episodes set to air in the near future.
The show frequently features near-miss nuclear disasters at the reactor where dim-witted Homer Simpson works as a technician.
The opening credit sequence shows Homer tossing a radioactive fuel rod out of his car as he drives home.
Gepost door walter a.p. soethoudt op maandag, maart 28, 2011 2 opmerkingen:

Wear RED on Equal Pay Day
to symbolize how far women
and minorities are "in the red" with their pay!
Gepost door walter a.p. soethoudt op vrijdag, maart 25, 2011 2 opmerkingen: 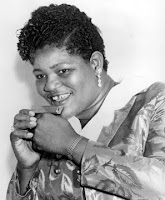 RAGE, RAGE AGAINST THE DYING OF THE LIGHT

Christians & Jewish martyrs say; "I will die for what I believe".